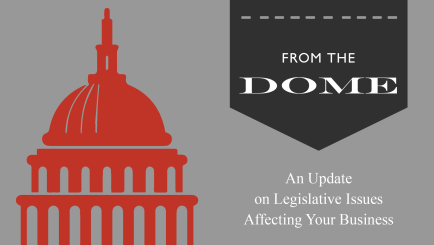 A big week winds up at the Legislature as all omnibus bills must pass out of committees today. Next week, the House and Senate will be busy passing all the budget and tax bills by their Easter/Passover break starting April 9th. Then it’s off to conference committees and negotiations with Governor Dayton when they get back on April 17th.

Here’s an update on where some of the top issues we’re tracking stand:

Yesterday, the Minnesota House completed consideration of its tax bill – which would take up a whopping $1.35 billion of the $1.65 billion surplus, compared to the $900 million bill moving in the Senate.  Senate consideration is next week. Here’s a summary of key issues in the bills:

The Senate considered and passed its transportation finance bill late last night. The House takes it up today. As you know, this is another carryover item from the past two sessions and something the Legislature needs to get done this year or face significant funding shortages for our aging roads and bridges. Here’s a summary of the bills moving: