2019 Legislative Session – What Happened (And What Didn’t)? 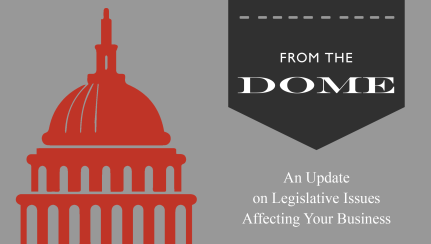 The 91st legislative session kicked off on January 8, 2019 after a November election that saw Mankato native Tim Walz elected governor, the House flip to DFL control, and Republicans maintaining control of the Senate through the one open seat up for a special election. This made Minnesota the only state in the union with divided party control of its legislature.

The administration and legislature discovered in February that they would be working with a $1 billion budget surplus, which was slightly less than projected in the November forecast. Both Democrats and Republicans announced their session priorities early, and it was apparent compromises would have to be made. While it took a special session to finalize the budget, Governor Walz and the legislature reached agreement on a $48.3 billion biennial General Fund budget. This represents a 6% increase in state spending. The bipartisan budget agreement reached by the Governor and legislative leaders spends roughly $48.3 billion, a 6.2% increase over the previous biennium. About half this increase goes to E-12 education.

Here’s a quick rundown of what happened — and what didn’t — on key issues for employers and the Greater Mankato area. Greater Mankato Growth was actively engaged on all of these issues and more on behalf of our members.

GMG’s top priority going into the session was to secure state funding and recognition for GreenSeam. The Omnibus Agriculture, Housing and Rural Development Bill included $75,000 in support of GreenSeam for the purpose of “assistance to ag related businesses to promote jobs, innovation and development of a synergy.” This was a major victory for our region as it was our first year making the request.

After failing in 2018, the Legislature in 2019 was successful in conforming Minnesota’s tax code to changes contained in the federal TCJA. The biggest change is that now the starting point for Minnesota’s taxes will be the Federal Adjusted Gross Income (FAGI). This will have varying impacts on both C-corp and pass-through business entities. However, the bill does provide tax relief including a reduction of the second-tier individual income tax rate from 7.05% to 6.8% (which will also apply to pass-through entities) and conforms to the federal standard deduction amount. Significantly, the bill also reduces the statewide commercial-industrial property tax by $50 million (6%) – which will positively impact every business property owner. Other provisions include restoring funding for local government aids to the 2002 levels, reducing taxes on social security benefits, and conforming to the federal amounts for bonus depreciation and Sec. 179 expensing, while retaining the 80% add back.

Several workforce mandate proposals were debated this year, including wage theft, paid family leave, earned sick and safe time, and sexual harassment. Of the four, the House and Senate could only reach a compromise on wage theft. It is a virtual certainty that the other bills will be back under consideration in future years.

Here is a summary of proposed workforce mandates:

The legislature enacted a proposal that defines “wage theft” in law as when an employer, “with intent to defraud,” fails to pay an employee their wages. It also allows the Dept. of Labor and Industry to impose penalties on employers who violate the law and adds engaging in “wage theft” to the lost of acts defined as theft in the criminal statutes. The original proposal would have included employers who inadvertently make wage errors – so limiting to employers intentionally committing wage theft was a win.

Legislation proposed in the House would have created a state-administered paid family and medical leave (PFML) insurance program funded by a new .6% payroll tax on an employer’s gross wages. The proposal would have been the most expansive proposal in the country in terms of eligibility, benefits and employer cost. Currently only 6 states have a similar program. Under the legislation, all employees would receive up to 12 weeks paid leave per year for employee’s serious health condition or pregnancy, and 12 weeks paid leave for family care or bonding (parental) leave. In the end, the PFML proposal was not agreed to by the Senate and failed to be enacted.

The House proposed a provision allowing employees to earn a minimum of one hour paid earned sick and safe time for every 30 hours worked, which could be used for illness or preventative care of the employee or family members, absences related to domestic abuse or sexual assault, employee work closures, and certain other situations. Like Paid Family Leave, the Senate did hold a hearing on this bill and it ultimately did not pass.

For the second year in a row, the Legislature wrestled with whether or not to change the long-standing definition of discriminatory sexual harassment in Minnesota, arguing that the current “severe and pervasive” standard is too high a bar resulting in many instances of sexual harassment being summarily dismissed. The current standard would have been significantly modified under legislation passed by the House, which eliminated the “severe or pervasive” standard, without replacing it with any alternative standard. In addition, the bill would undermine the entire body of case law that courts have developed under the “severe or pervasive” standard, such as requirements that a reasonable person find the conduct inappropriate and that the judge consider the totality of the circumstances. Ultimately, no changes were made to current law.

Governor Walz’s transportation and transit proposal raised nearly $1.9 billion annually to fund roads, bridges and transit. The revenue came from several tax increases, the most significant of which was a $.20 gas tax increase phased in over two years. This increase alone would have raised about $600 million in constitutionally dedicated transportation funds over the biennium. The Governor also proposed a 0.375% increase in the motor vehicle sales tax, a 0.25% increase in the motor vehicle registration tax, increasing the base license tab fees to $45 and modifying the vehicle depreciation schedule. For transit, the Governor proposed a one-eighth cent metro-wide sales tax.

Though ultimately no new taxes were raised for transportation funding and a status quo budget was passed, it is important to note that as a result of 2017 legislative changes, and additional $275 million over the current budget is allocated for transportation. And importantly, the bill continued to appropriate $50 million for Corridors of Commerce over the biennium.

GMNP was also successful in securing $1.35 million for the Greater Minnesota Job Training Incentive Program (JTIP), which provides grants to new or expanding businesses located in Greater Minnesota for the purposes of training workers as quickly and efficiently as possible.

A $500 bonding bill was also agreed to in negotiations, with $60 million earmarked for housing bonds. However, neither the House nor Senate minority leaders signed off on the budget agreement or the bonding bill. Because of the three fifths majority vote requirement, minority votes are almost always needed to pass bonding bills in Minnesota. Even though House and Senate negotiators and leadership worked until early Saturday morning attempting to reach agreement on a bonding package that could reach the 60% threshold an agreement could not be reached. Ultimately, the Legislature authorized only $60 million in housing infrastructure bonds.

← Flooded Basement in Your Mankato Home? Act Fast to Prevent Further Damage and Hazards!
Do You Have an Office Escape Route Planned? →