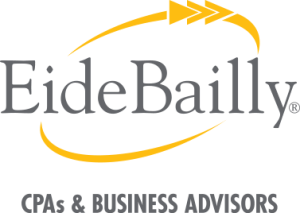 The government has released several updates to its Paycheck Protection Program (PPP) loan forgiveness guidance over the last few weeks. Here is a brief summary to help guide you through the PPP loan forgiveness process.

Both eligible payroll and non-payroll costs incurred during a borrower’s covered period but paid after the end of the covered period on the next regularly scheduled date count as eligible expenditures (but only the incurred portion).

Payroll Costs: Owners
Owner-employees and self-employed individuals are subject to additional restrictions. For borrowers using a 24-week covered period, owner-employees and self-employed individuals’ compensation is capped at the lesser of $20,833 or 2.5-months of 2019 compensation. For borrowers using an 8-week covered period, the cap is the lesser of $15,385 or the 8-week equivalent of applicable compensation in 2019.

Owner-employees with less than a 5% ownership stake in a C- or S-corporation are not subject to the owner-employee compensation rules.

These rules do not restrict the amount of compensation a borrower can pay to an owner-employee; they only cap the amount of expenditures that are included in the forgiveness calculation.

Subleasing and Related Party Rents
The amount of eligible rent expense cannot include any amount attributable to the business operations of a tenant or subtenant. Example: a borrower with a $10,000 monthly rent payment who subleases a portion of the rented space for $2,500 can only include $7,500 as an eligible rental expenditure.

Next Steps
The recently released updates may have a material impact on eligible borrowers choosing the 8-week covered period because borrowers do not have additional time to generate more eligible expenditures. Borrowers using the 24-week covered period may find these updates less burdensome. Proposed legislation, once enacted, may change this whole program once again by simplifying the forgiveness stage.